We are constantly updating our site  (www.4Kadvice.com) because of how fast technology is moving.  Especially when it comes to 4K Television technology.

We created this site several years ago because we saw the need to educate people about 4K, so that they can make informed purchase decisions.

We did this based on the fact, that in 2014 we could not find any helpful information about 4K when we went online searching.  We were intrigued by 4K TVs, which had just come on the market.

We heard a bit here and there, but really had no idea what 4K was or what it meant.

Was it an expensive ‘toy’ that rich people bought?  Was it some kind of exotic technology device that would always remain too costly for the general public to buy?  We had many questions, but found nothing online.

Ever since, we have dedicated our time and energy to delivering quality articles and helpful information to anyone interested in TV watching technology and/or cameras.

What attracted us most, was the idea of a TV that makes ‘television watching’ far, far better than it already was.  Could this be possible we thought?

Most people thought that we would never see a better picture image than what High Definition brought to us around year 2000.  The world changed when we began handing Flat Panel HD TVs on our walls and over the fire place.

Best of all the picture was crisp & clear….a major, major step-up from what we were all watching before  (SD- Standard Definition).

Not only did we want to educate the public about 4K, but we have to always get it right.  We have to deliver to you the most accurate and up-to-date information that we possibly can.

This means, tweaking and changing our articles and Posts along the way.

But, we are happy to do it, because this is the entire point of our website www.4kadvice.com.   Please help us further by sharing this site and its Posts with your friends and family.

The more people we can educate, the better.

Now, let’s begin with the basics for all those of you who need them.  And, apparently that is a lot of you.  Experts say that only about 25% of households have upgraded to 4K TVs.

The rest do not even know what 4K means.

Several 4K resolutions exist in the fields of digital television and digital cinematography.

In the movie projection industry, Digital Cinema Initiatives is the dominant 4K standard.

In television and consumer media, 4K UHD or UHD-1 is the dominant 4K standard.  Most manufacturers today print the label of 4K UHD on TV boxes for sale.

By 2015, 4K television market share had increased greatly as prices fell dramatically during 2014 and 2015.

The use of width to characterize the overall resolution marks a switch from previous television standards such as 480i and 1080p, which categorize media according to its vertical dimension.

It is clear that many changed have taken place with respect to what is called what concerning 4K.  Is it 4K or 4K Ultra HD?  The latest in 2016 is that merchants are calling 4K in general “4K UHD”.

These TVs must meet minimum specifications. 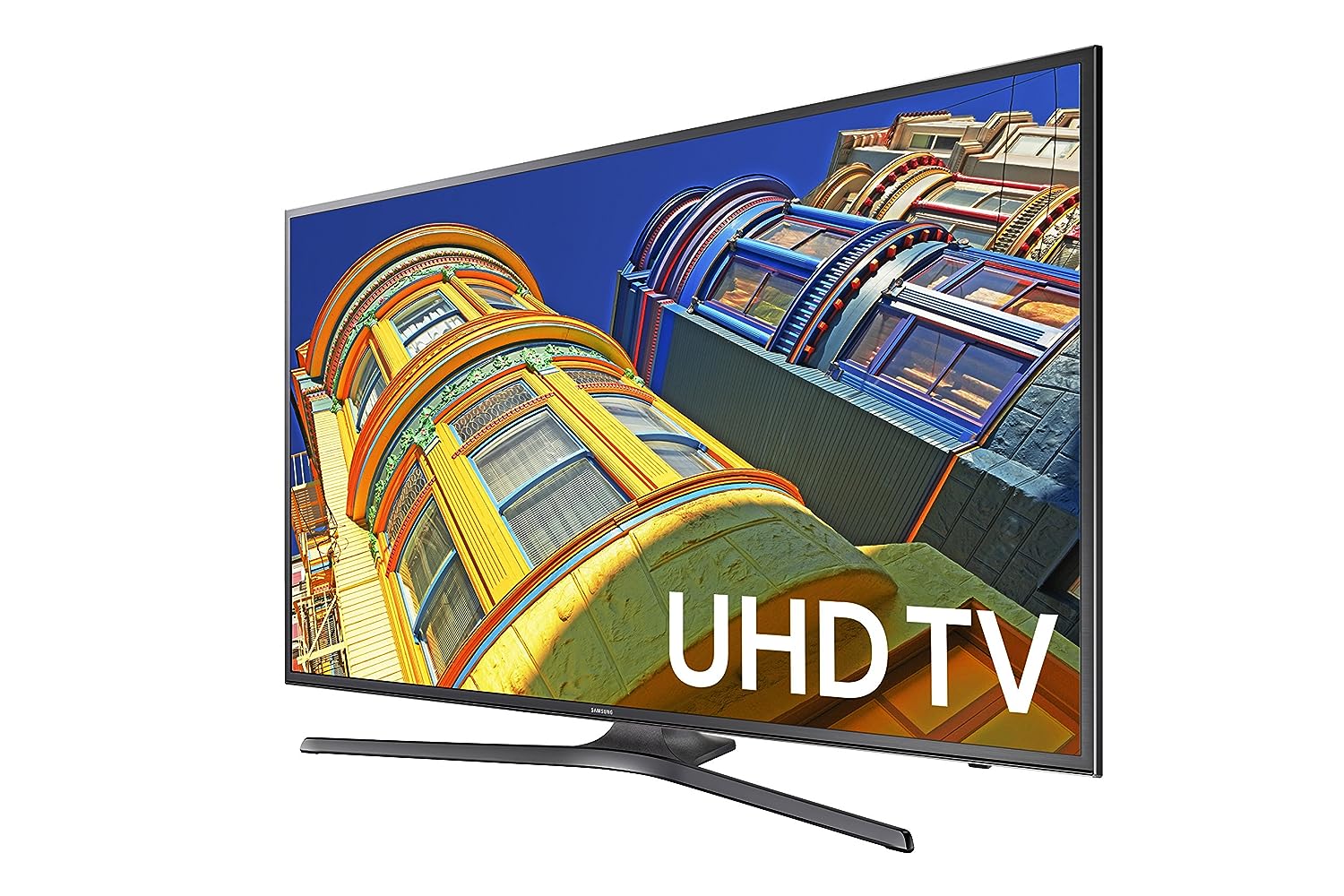 ***NOTE:   UHD, or Ultra High Definition is what consumers are purchasing today when it comes to the 4K UHD market.  This is the standard for 4K now.

Many manufacturers may advertise their products as UHD 4K, or simply 4K, when the term 4K is traditionally reserved for the cinematic, DCI resolution.

This often causes great confusion among consumers.  We will try to differentiate these in our.

YES, TOTALLY WORTH IT!

YouTube and the television industry have adopted UHD-1 as their 4K standard, and UHD-2 for NHK/BBC R&D’s 7680×4320 pixel UHDTV 2 with their basic parameter set is defined by the ITU BT.2020 standard.

As of 2014, 4K content from major broadcasters remained limited.

This is probably way more technical information than you were looking for, but its historical.

Our goal at 4KADVICE is to educate consumers and help you make convenient and informed decisions right from our website.

By 2013, some UHDTV models were available to general consumers in the range of US$600.

And in 2016, prices for 4K UHD television sets had plummeted!  The cost to purchase your first 4K UHD TV is very reasonable now and we see no reason for consumers to wait.

Much of this might not mean anything to you.

We agree, the history of 4K may be boring, but at least you now know where it came from.

The projection of movies in 4K resolution at movie theaters began in 2011.

Sony began offering 4K projectors back in 2004 in the commercial industry.  It was not until 2012, that Sony offered its first home theater projector for sale nation-wide.

Of course, at the time it was very costly (several thousand dollars).

4K Projectors were manufactured and sold before 4K UHD Televisions.  It is safe to assume that SONY first pioneered and then dominated the 4K TV market.

Without much information online at that time, he was on his own as far as collecting research and learning all there was to know about this new 4K technology.

Making an informed decision on which 4K UHD TV set to purchase was limited.

This is precisely why 4KADVICE was created.  To give consumers a direct link to accurate and current information, as well as presenting the best prices and deals to readers of the site.

However, what good is a 4K television without 4K content to watch?  Not much.  So, in 2014 Amazon Studios ‘saw the light’ and begn shooting full length original TV series and new pilots mastered in 4K.

This was welcome news to all those people who dared purchase some of the first 4K televisions.  YES, I was one of those people.  I bought my first 4K SONY TV in 2014.

In 2014, NETFLIX began streaming “House of Cards” and “Breaking Bad” as well as numerous nature documentaries in 4K.  This too, was great news to 4K TV owners.

Today, we have numerous sources to watch and stream 4K content from.  Youtube, Netflix, Amazon Instant Video, Sony and many other networks now offer plenty of 4K content.

More than ever before companies are mastering films in 4K as original.  These are the absolute best programs to watch with the best picture on your 4K device.

Another technological update to televisions is ‘upconverting’.  This basically means that the TV has the capability to take a film mastered in 1080p and convert it up to a higher pixel amount.

This is upconverting.  The picture is not as quality as a 4K mastered (or native) film, but it is much better than 1080pHD.

The number of pixels is in between 1,080 and 4,000 depending on the specific TV model you own.  Some do better at upconverting than others.  This is definitely a feature that you want to consider when purchasing a new 4K TV.

Look for our Posts related “upconverting” to learn more.  All of our future reviews on 4K products will include notations concerning its upconverting ability.  This is also known as “upscaling”.

Now that you know a little bit about the history of 4K, lets move on to what your needs are:

What exactly are you looking to accomplish here?  We want to provide everything that you need.  Therefore, please do not hesitate to comment on our Pages/Posts and ask questions.

If you have a particular question that you cannot easily find

an answer to, please email:  Matt@4kadvice.com.

We always recommend that you shop on Amazon.com.  They have the greatest selection of 4K Ultra HD TVs and at the lowest overall prices.

We saved $360 bucks when we bought our first Sony 65-inch 4K UHD TV on Amazon.  It was conveniently delivered within 2 days and shipping was FREE & guaranteed to be safe.

Convenience was a big factor to us because our lives are so busy.

We don’t have time to go into the store and deal with all those annoying pesky sales people trying to sell you things you don’t want or need.

We also like the fact that you can read honest & real reviews from other customers on Amazon who bought the same item that you might be interested in.

Get their opinion and use it to make purchase decisions.  Be careful of reviews though, sometimes they are more “opinion” than fact.  Use them at your own discretion, but do use them.  They are very helpful.

Get educated at 4KADVICE.com and then CLICK on our Amazon links to take you over to Amazon.

THANK YOU FOR SHARING OUR SITE.