This is a typical question that we get here at 4KADVICE.com.  Many consumers seem to think that 4K TVs are outrageously priced and only for rich people to buy.  This could not be more false.

It is true that several years ago 4K TV prices were much higher.  But, this was because this technology was so new.  Just like with all new technology, prices start very high and then drop over the next few years.

Today, we are in a 4K TV sale period.  All 4K TV prices have been slashed in half and are now equal with the cost of a new HD TV.

We lived through this when High Definition (HD) flat panel TVs first came out.  We switched over from Standard Definition (SD) televisions about 15 years ago.  Although, the new HD TVs were incredibly awesome, they were also super expensive at the time.

Then, the prices decreased dramatically over time.  This is the same for 4K Ultra HD TVs.

4K TVs have been on the shelves for nearly 4 years now and prices have dropped to levels that consumers can expect.  As a matter of fact, 4K TV prices are now similar to 1080 HD TV prices.

Prices have dropped for a reason.  Manufacturers are replacing HD TVs with 4K TVs.  They want consumers to upgrade their 1080p HD TV with a new 4K UHD TV and in order for that to happen…prices need to be comparable.

Instead of upgrading to another 1080p HD TV flat panel, consumers will purchase a new 4K UHD Television.  This is because prices are way down and they fit any household’s budget.  This is becoming known as the 4K TV Sale.  Do not miss out on it.

Consumers have gotten use to buying 720 or 1080p HD Televisions at certain prices over the past 15 years.  In order to get more consumers upgrading to 4K TVs, the price must be similar to what they expect.  This is the case today.

It would not be wise to purchase another 1080 HD TV today.  You can obviously still find them available for sale, but the majority of stores are marketing and selling 4K UHD TVs.  Again, this is because 4K is replacing 1080p HD televisions.

Eventually, every household will own a 4K television.  This 4K TV Sale will be happening for the next few years.

Today, there is no reason NOT to upgrade to 4K.

Here are some 4K TV benefits:

Aside from these listed above, watching a 4K Ultra HD Television in action is a real experience.  It will blow your  mind how real the picture looks while you watch it.  It is as if you are looking through a window at a real, live scene.

Actors faces are crystal clear full of detail.  What you see on a 4K TV is basically the same as what you would see with your bare naked eyes in person.  It is impressive to say the least.

Do not take our word for it, go to your local electronics store and ask to see a demo on a 4K Television.  Be sure to request 4K content.  The reason is that NOT everything you watch on a 4K TV is going to be full 4K resolution.

It all comes down to how the film was mastered.  This basically means what kind of camera systems were used to make the film?  Were they 2K cameras or 4K cameras.  If they were 4K cameras, then the film will be a real, native 4K content.

Watching real 4K movies & shows on your new 4K UHD TV are what will give you the most benefit.

It is not new anymore.  More and more producers are filming movies and shows with 4K cameras.

In addition to these, there are hundreds of other TV shows and movies that were made using 4K cameras and will make the most out of your new 4K TV.

Aside from real native 4K content, there are thousands of other movies and shows that were filmed using 2K cameras, but digitally enhanced to a much higher resolution and then labeled “4K UHD”.  These are known as ‘fake 4K’.

The resolution is not full 4K, but it is still much better than 1080 HD.  It is somewhere in between.

All 4K Televisions do what is called UPSCALING or UPCONVERTING  (same thing).  This means that a 4K TV will automatically enhance any picture image playing on it as long as it is minimum 720 or 1080 High Definition.

SEE:     WHAT IS UPCONVERTING?

This is another HUGE reason to upgrade to a 4K UHD TV.  Nearly everything you watch will be better than what you would see on a 1080 HD TV.  Not everything is full 4K, but still it makes it worth while.

In order to watch the best of the best in 4K content, you have to find material that was filmed using 4K resolution camera systems.  The type of camera used to make the movie or TV show is what makes the difference between Real, native 4K content versus Upscaled or Upconverted  (these mean the same thing) content.

We cannot begin to tell you how fun & exciting it is to watch a 4K movie on a 4K Ultra HD TV.  It is unbelievable how real the picture is.  It is so true-to-life that you have never seen anything like it.  Think about upgrading your TV now.

So, you may as well benefit from the much lower prices for the 2016 models that Amazon is striving to get rid of.  This deal will not last forever.

We highly recommend Amazon because of these reasons:

Not to mention, you get to avoid the annoying, pushy sales-people in the store.  Check out a demo of a 4K TV in the store, but then go and buy your chosen 4K TV on Amazon to save money.

Therefore, prices were super steep.  We paid top-dollar for our Sony.  This same exact Sony 4K UHD TV is half the cost of what it was a few years ago on Amazon. 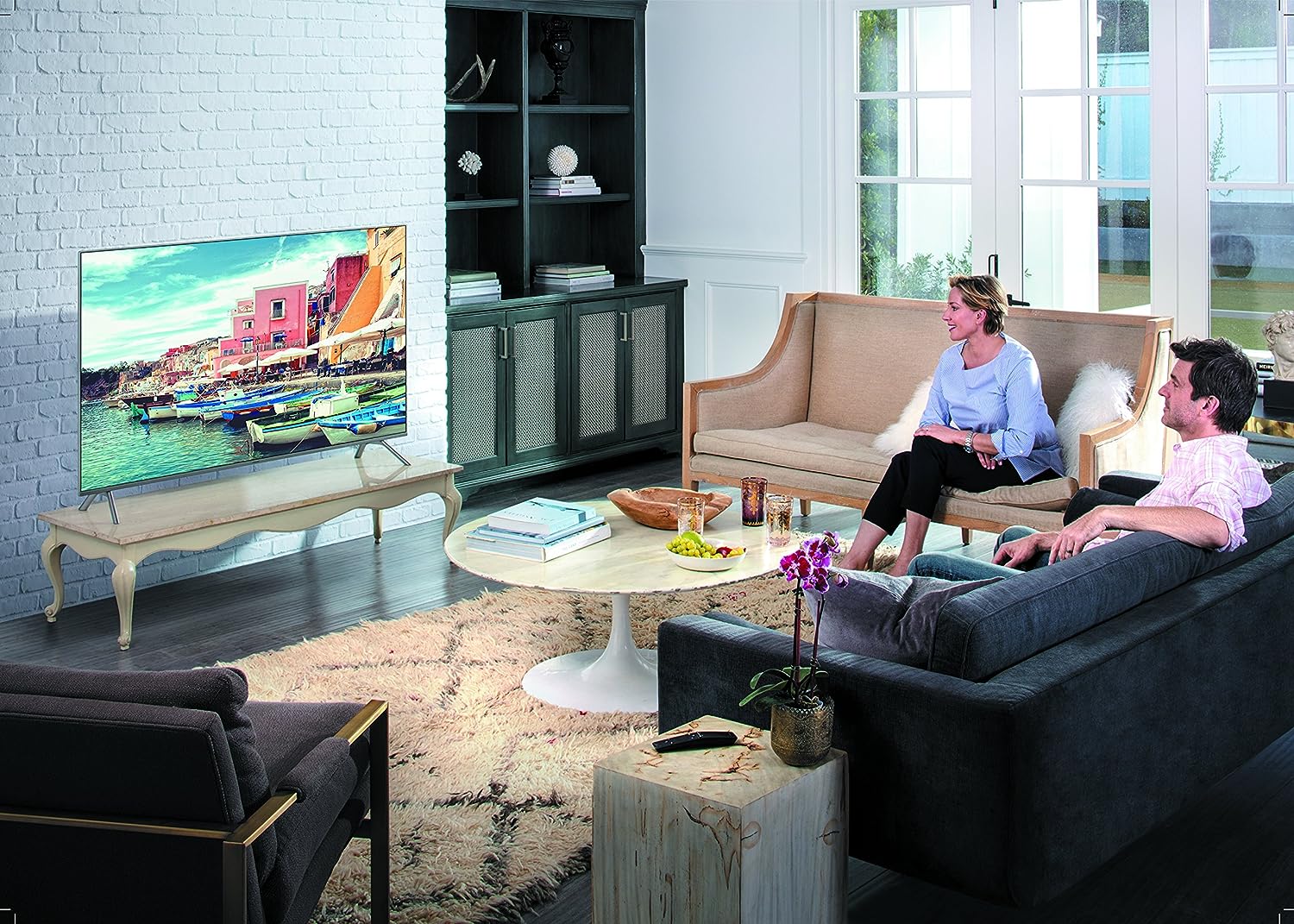 Now, is the time for you to buy.  Go shopping and researching on Amazon.  Use our links to take you over to Amazon for convenience.  Most importantly, take advantage of all the customer reviews on 4K TV products.

You can read real, honest reviews from other customers who have purchased the same 4K TV that you might be interested in.  Get their feedback to help you make your purchase decisions.